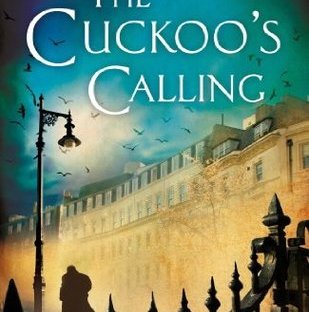 This Week In Books is a great meme hosted by Lipsyy Lost & Found where you sum-up what you’ve been reading during the week.

I had a really nice time reading it. I was relieved to see it was very different from The Casual Vacancy (still have to finish this one).

Blurb:
When a troubled model falls to her death from a snow-covered Mayfair balcony, it is assumed that she has committed suicide. However, her brother has his doubts, and calls in private investigator Cormoran Strike to look into the case. A war veteran, wounded both physically and psychologically, Strike’s life is in disarray. The case gives him a financial lifeline, but it comes at a personal cost: the more he delves into the young model’s complex world, the darker things get – and the closer he gets to terrible danger . . .

The title caught my eyes. I was surprised when I read the blurb, though! I wasn’t expecting the book to tell the story of a sex offender. It should be an interesting read.

Blurb:
After doing time for a liaison with an underage girl, the Kid is forbidden to live within 2,500 feet of anywhere children might gather. Barely beyond childhood himself, the Kid is in many ways an innocent, trapped by impulses and choices he struggles to comprehend. Enter the Professor, a man who has built his own life on secrets and lies. The two men forge a tentative partnership, but when the Professor’s past resurfaces, the balance in the two men’s relationship shifts. Suddenly, the Kid must reconsider all he has come to believe, and make a fateful choice when faced with a new kind of moral decision.

∨ Next ∨ Me Before You, Jojo Moyes

The instagram reading group @thereadingrebels has chosen this novel as their book of the month. I was planning on reading it so I joined. Better read it before the movie gets released.

Blurb:
Lou Clark knows lots of things. She knows how many footsteps there are between the bus stop and home. She knows she likes working in The Buttered Bun tea shop and she knows she might not love her boyfriend Patrick.
What Lou doesn’t know is she’s about to lose her job or that knowing what’s coming is what keeps her sane.
Will Traynor knows his motorcycle accident took away his desire to live. He knows everything feels very small and rather joyless now and he knows exactly how he’s going to put a stop to that.
What Will doesn’t know is that Lou is about to burst into his world in a riot of colour. And neither of them knows they’re going to change the other for all time.

Have you read any of those books? What’s next on your reading list?
I wish you a good bookish week!