What better than a Tuesday for a trip to my favourite city?

I would like to thank Anne Cater for inviting me to be part of this blog tour in exchange for an honest review. London is one of the most written about cities in the world. Some of London, anyway. South London has been a slum, a resort and a neglected annex of the capital. But only now in the 21st century has it forged its own identity and purpose. And only now is this wonky wonderland going to get the book it deserves, the first book about South London since 1947.

Andrew Grumbridge and Vincent Raison, the slacker storytellers at Deserter (see below), are to publish their unique portraits of life below the river in Today South London, Tomorrow South London, published by Unbound. The authors, under their noms de plume, Dulwich Raider and Dirty South, record offbeat days out and half-remembered urban adventures featuring pubs, cemeteries, galleries, hospitals and pubs again, often in the company of their volatile dealer, Half-life, and the much nicer Roxy.

Part guide, part travelogue, this book is a collection of these tales with the addition of new material that their publisher absolutely insisted upon. South London, that maligned
wasteland where cabbies once feared to drive, can no longer be ignored. The South is risen!

Everyone knows of London. The grey sky, Big Ben, Oxford Street, Madame Tussaud… Do I really need to make a list?

When I first visited this beautiful city, I had four days and a lot of work, so all I saw was the back of a cab and trains during rush hour. My second trip lasted longer and I became an inhabitant of the south of London for a few weeks. I saw the trees, the pharmacists who refused to give me my meds, the beautiful houses, my favourite pub with its fab pizzas, I ‘oooh’ed and ‘aaah’ at every shop like the foreigner I was…

I’ll tell you something. I’m not a fan of travel guides. Everywhere you look, travellers with caps and cameras are around, admiring the very same thing you came for. If you don’t want to be stuck with a bunch of strangers on a bus tour but are looking for a sensational and very tasty trip around a part of London which deserve all your attention, The Deserters’ book is for you!

I had no idea that the south had had such a reputation and I adored every story, every piece of information, and every pub name found in South London. Looking at brick and mortar with no reflection about what kind of people made the place what it is, or what it used to me, is not for me. I want weird tales, stops to the cemetery, crazy rides around town. With a hilarious but knowledgeable voice, our narrators take us on a trip that would make my bladder burst (apple juice only for me, I’m pubs’ worst customer!) while turning my imagination on to truly SEE what happens in the south side of the London. Meet Marlowe, have a pint on a roundabout, walk to London. Today South London, Tomorrow South London makes the city alive, it makes you feel you belong by revealing the insiders’ secrets. South London is a giant maze and The Deserters have the funny bent keys to open its heart, even to the most tired minds and soles of the city.

I could feel my feet tingle with the urge to go back to my lovely Dulwich and many times, I couldn’t repress a laugh or a chuckle at some things said and done by our lovely team with the precious task of giving the South its best voice.

Now all I want to do is book a flight, pick my best walking shoes, my last pounds and let the rain and the beauty of the south take me! No other guide or travelling companions will ever match the craziness and awesomeness (and amount of alcohol) you will find between those pages!

Find your copy online and meet the South! 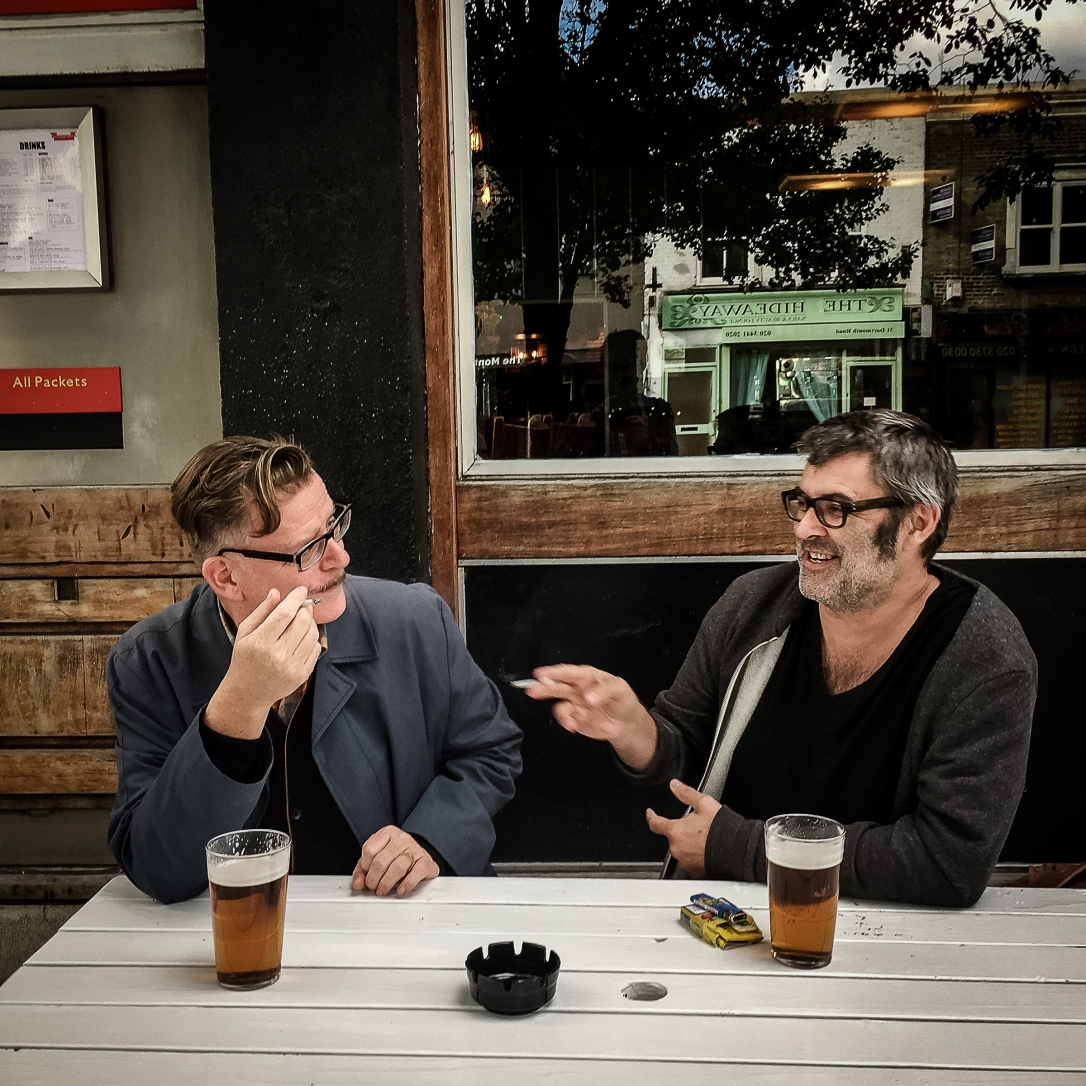 Andrew Grumbridge said: ‘The support of our readers has ensured the publication of this book – they are real heroes of this story. Although they didn’t have to stay in all summer writing the ruddy thing, did they? So, think about that for a bit, yeah?’

Vincent Raison said: ‘By sharing these tales of bunking off early and drifting through the
city on perfect unplanned pub crawls, I feel I have finally made my contribution to society, though I admit, it’s hardly Children In Need’